The Solar Event in 2070 changed the destiny of mankind for many generations to come. Apart of destroying billions of lives, most of the technology and production infrastructure of human civilization, the event also destroyed all planets and moons in our solar system, shattering them into pieces. It has shaken our very foundation and enabled more radical ideas and approaches to future expansion and exploration. Religious fanatics claimed it to be “an unfinished apocalypse”. Humanists and environmentalists pointed to an artificial way of life. But mankind was faltering, and political leaders used the new situation to strengthen their positions. Laws and regulations increased, leveraging more power to the same hands of those who already had it and thereby taking it from the socially weak. 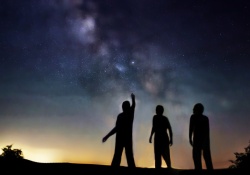 The era before the Solar Event was often called the “Second Space Race”, (pointing to new widespread desire of nations, factions and corporations to take part in space colonization, mining operations and space industry) or the “Second Cold War” (pointing mainly to the new world division between the two superpowers – EAC and China – and the fellow supporters of one of those two – Russia, OmniCorp, India…).

And then, in 2070, fate brought us into a completely new world. A world built upon the ashes of our cities, our families and all the living beings on Earth. Project Genesis was launched, an experimental project designed by leading world scientists and industrialists as a solution to the increasing energy consumption and to provide the next step in the colonization of the vast universe. After nine years of thorough preparations and financial investments from the wealthy countries and corporations, the project was not only a failure – it nearly brought with it total destruction. The idea was to harness the energy of the sun directly for our own use. However, the experiment resulted in a massive solar disruption, leading to devastating and far-reaching waves of solar flares. More importantly, the experiment resulted in a temporary quantum change in gravitational laws and subatomic particle rotations within our solar system. Simply put, for a short time, the gravity quantum collapse tore all the larger objects within our solar system apart. Planets, moons and even larger asteroids and comets were fragmented into hundreds and thousands of pieces, creating new asteroid belts, marking the former orbits of planets. Together with the rest of the planets and moons, Earth was essentially destroyed.

The era after the Solar Event resembled the colonization of the new world by the Europeans and the later gold rush during the 18th-19th century in what became the United States. The world order was shaken and although those in power became even stronger, there was a completely new wind in all spheres of society: political, religious, economic, military... A whole new lifestyle resulted as well, since there was no longer solid ground to walk upon, nor the ability to harvest food supplies from the traditional farmlands of Earth. Mining the asteroids and planetary remains became necessary and it didn’t take long for this process to rule most of the economy. Biogenic farms and hydroponic domes were built onto the space stations and became the main source of food for the privileged few, while the vast majority was fed with artificial food substitutes. 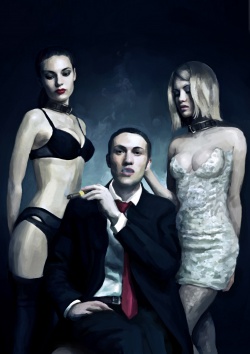 Greed, prestige and desire for personal achievement dominated the new successful social class of privateers, freelancers and adventurers, who took fate into their own hands while standing alone and relied only on themselves to survive and thrive. Considering those same people were the best pilots, miners and entrepreneurs in the remaining human population, major factions and employers were forced to use their services and hire them for particular missions; be it military, mining, transportation or exploration. New societies and guilds soon emerged from this setting – organizations which offered services and advantages to their members and allegiants while enforcing only basic laws and regulations to their members, giving them the same degree of freedom all of us were striving for in those times. Some of those new freelancers decided to remain neutral and performed only occasional contract jobs while others decided to join and remain loyal to only one of these new groups; thus emerged the Space Traders Guild among those seeking the path of traders and businessmen. The famous Black Ravens were formed by the best mercenaries, combat pilots and navigators. Trade & Transport Ltd. and Space Mining Ltd. were formed as corporate counterweights to both independent freelancers and miners. Thus, the economic rectangle was formed.

Human action has always reflected the injustice and social struggles of its environment. Out of the bloody ashes of countless lost to the Event, a new dark setting arose to show us once again the animal clawing inside us. Of course there were Space Pirates even long before the Solar Event, but they were never so powerful and no one was ever scarred enough of them to consider them while planning operations in space, maybe apart of some peace seeking colonists with their families. However, the Solar Event scattered central power, weakened police forces, and the military had state matters to consider. In a few years, hundreds of pirate dens and hidden bases were formed and some of the groups numbering thirty, fifty or even more.

More importantly, an underground “mafia” network was formed, The Syndicate, mostly unknown before 2070, but emerging as an important influencer of politics in the 70’s, – The Syndicate, employing blackmail and corruption tactics to control important figures for their own agenda.

The rise of the Fourth Reich was yet another surprise, unexpected by any of the leading powers, but emerging almost instantly as a strong and vital rival to EAC and China. The movement began behind closed doors among (mostly German) Nazi circles and industrialists and did not make its presence known in public until 2070. However, many of the members and leaders of the upcoming Reich had secretly invested heavily into space colonization, mining and orbital facilities before the Solar Event, so although minor and unimportant in the pre-solar event times, once the new world appeared, the Reichists declared their own state with thousands of supporting citizens. What remains an unanswered question is whether they knew of the potential danger and prepared for the Solar Event in advance, since they were the ones who definitely benefited the most. By the time the Solar Event occurred, many of their officers, researchers and military had already moved into space, causing much controversy afterward. Some believe this conspiracy theory to be true. Others argue that they were merely preparing to create an empire of their own, far from the reach of the Earth bound politics – and when the crash of the Genesis project occurred, they simply realized their plans a bit earlier. Be that as it may, what remains sure is the current state of affairs: the Nazis renounced their traditional racist ideology for the sake of pursuing Maulerian Eugenics (which cared more about individual genome potential and vital abilities of the man rather than factual race or skin color). This de-radicalization brought many great and successful minds and achievers among their ranks under a common goal: to create the best society, raise the most perfect population, organize the social structure according to scientific principles and – last but not the least – use the latest technological advances in the fields of genetics and cybernetics to utilize their human potential to its fullest. 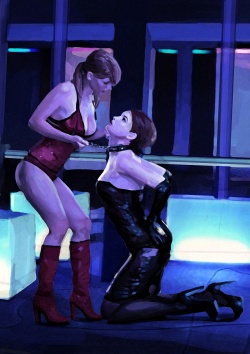 Slavery emerged once again. New world order widened the social gaps between the rich and the poor. The major key to this differentiation was whether or not one was successful in gaining influence over some group or otherwise making themselves useful and needed. The secondary determining factor was whether or not the group had access to a spaceship or any other kind of space premises in their possession. Thus there was the class of the successfully employed, the class of the independent space runners and the rest - those who were eating the food rations, breathing the air, occupying the living quarters. Some of them joined the outlaw groups while others fell into the dirt of slum life, suicides, prostitution and even slavery. Many humans were simply content to work day and night without a salary, just for the sake of having a sip of water and a bit of artificial soup, and were willing to do mostly anything. Slavery soon institutionalized and became legal in some of the factions, while others claimed it to be a backward step and pointed to basic human freedoms. Within the economic slave society, a new type of war slave emerged thanks to advances in biological research. Protein Specific Poison became highly popular, allowing the slave-masters or conquerors to employ a specially designed poison within the victim or target groups of bodies which became highly addicted and would require small amounts of the specific protein antidote every several hours in order to survive. The process of synthesizing the poison from protein only worked in one direction, so if the slaves were possibly freed and medically treated, even the technologically advanced laboratories of OmniCorp or FSRE would be unable to create an antidote based on the imprints of the poison found in the slave’s body.

The new era for mankind has begun - a time where only the brave and strong survive. 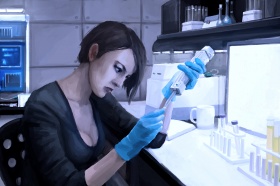