One of the most powerful factions in the Post-Event world and definitely the most populated. China managed to make a technological and economical breakthrough during the 21st century, setting it aside the major economic giants such as The Fourth Reich or Euro-American Confederation. PRC controls the largest territory and owns most of the asteroid mining facilities; however, it is still a step behind the two mentioned factions in terms of technology and geopolitics. Chinese care for their territory, protecting it using aggressive means. Diplomatically, their only friend is the Russian Union, and the rest of the political powers are either neutral or hostile towards them. Chinese don’t mind human rights or other international law treaties and still hold a significant position in international politics thanks to their size, military power and material wealth. The only ships the Chinese tolerate in their own territory apart of their own are the small independent corporations (Space Mining Ltd., Trade & Transport Ltd.) China refuses any cooperation with OmniCorp and doesn’t allow entry of their vessels into its territory, collaboration and any negotiation with OmniCorp is considered treason and is punished with the death sentence.

Chinese space military forces consist of over a thousand heavy fighters; the most popular of which are the Jiuquan II and III. Although not being the peak in the technology, Chinese leadership tends to send Jiuquan fighters in mid-sized wings of at least 8 craft and tactically using even larger groups of hundreds of those fighters, generally outnumbering the enemy. 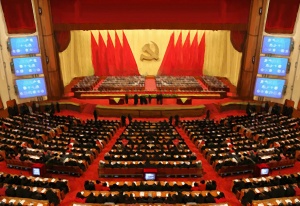