"Honor is above all"

The Japanese were one of the factions that actually benefited from the Solar Event thanks to their immense space program and vast investments in technology, asteroid mining facilities and space operations. Over ten thousand Japanese citizens moved into space by 2061 and even more followed until the Solar Event, establishing several mining colonies, experimental bio-domes on space stations and even funding military facilities outside the Earth’s boundaries. They held the EAC guilty for the failure of Genesis project; however, since they consider the Chinese their worst enemies, they maintained neutrality and closed themselves off like some of the other minor factions. The Japanese conduct business with India, Arabs and independent groups and not much is known about their internal politics or economic situation. Media and other informational means are strictly controlled by the government and the post-solar event times saw a radicalization and strengthening of the position of the Emperor. Still, the Japanese uphold human freedoms and employ capitalist politics, putting them in possible cooperation with international corporations and occasionally with OmniCorp. 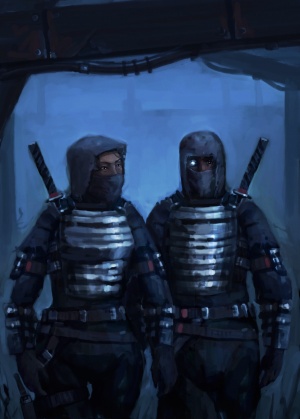