The Catholic Christians were the only religious group able to make a space program of their own in the 21st century apart of the Muslims. The Pope Maxmilianus II (enthroned 2061) ordered massive space colonization to be done by Catholics and invited people to come on “The Space Crusade” on which “ the Cross shall bring light into the dark depths of the vast space”. By the time of the Solar Event, over 20,000 Catholic colonists, adventurers and “crusaders” had joined the call – and so escaped the catastrophe induced on the Earth. A few weeks after the Solar Event, the Pope called for important and strict rules to be enforced among the Commonwealth. Some of them included a ban on the use of weapons and other restrictions on arming, while a new order for the protection and enforcement of justice was enacted. Pilots chosen to carry out this enforcement are among the best of the faithful and are equipped according to the best known technological standards by OmniCorp Foundries. 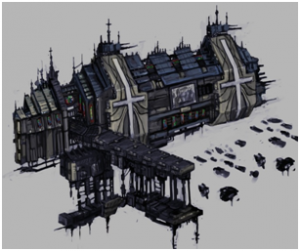 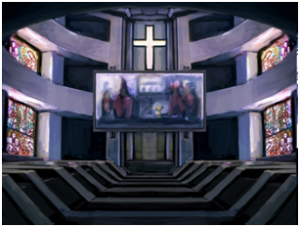