Russia saw a radicalization of their politics in the 21st century. In 2029, when the EAC was formed, Russia quickly formed a pact with China, stepped out of the ISS program and started to enforce strict anti-western politics, which deepened after the failure of the Genesis project. While not successful in employing their own space program in full, a lot of cooperation between Chinese and Russian scientists and industrialists was done and resulted in shared Chinese-Russian orbital facilities and mining asteroid facilities in the first half of the 21st century. Russian economy as well as science is presently a bit behind the Chinese (as well as the EAC), however, it is still an important player on the field of international politics and occupies a significant ore-rich territory. 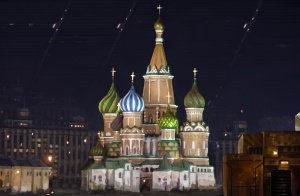